How Much Do You Need in an Emergency Fund?

How to Deliver Bad News. The Five Techniques that Work Best

Today we will see five methods that will serve us, not only for our professional activity but in any situation of our life. Because today we are going to learn how to deliver bad news.

As entrepreneurs (and as people), sooner or later, we will be forced to give this bad news. To clients, to partners… no one escapes. It is impossible to be free from mistakes and negative consequences. However, although we cannot avoid bad news, if we rely on knowledge about persuasion and perception, we can cushion the impact of these situations as much as possible.

On many occasions, we have to bear in mind that a news item’s true negative effect is given by the recipient’s meaning to the news. And that effect can be influenced by way of communicating it.

I have experienced significant variations in the reaction to bad news depending on the expertise in transmitting it from experience. Communication and persuasion have always interested me, and, therefore, we are going to see what has worked best for me personally. As we will see, we can greatly vary the interpretation and the impact that this bad news will have on the other.

The main tools to achieve this are these five techniques.

1. The Choice of Language

Those are the words chosen to describe the situation and communicate the bad news. Although there is no way to make something that is bittersweet, we can try not to perceive it as too bitter.

Language shapes the world, and it does so much more than we think. Despite how mistreated he is in these times and the reduction in vocabulary that has occurred, the reality remain that words trigger emotional associations and an assessment of the situation in the listener’s mind. In other words, language has much more power than we think.

I remember the days as a business consultant for a large company. With us, there was a computer scientist who was a genius, one of those who left you with your mouth open to solve unsolvable problems with computers. But when communicating bad news and talking to clients, he used too direct and inflammatory language.

He freely used words such as disaster, final, deadly, useless. he even used terms such as “murderer” and other less educated ones that it stay not a matter of repeating but surely he imagines. And he did it almost always in everything.

From time to time, someone from the company would come to where I was, alarmed by comments such as that their computer systems were “worthless” or that what they had implanted before we arrived was a “hoax” and a ” complete disaster”.

2. When Possible, do not Just Bring the Bad News

As far as possible, before going to give the bad news, we should also come up with a solution, or at least with an idea of ​​what is the next step to take to correct the situation. Thus, there are two things to focus on in that conversation. If we go with a certain solution under our arm, we can concentrate on that, trying to divert most of the discussion towards the fix.

When you have a problem, you want to fix it and hold on to a burning nail if necessary.

If we not only break the news but also offer that “something” to start holding onto, we are more likely to want to jump to focus on the most constructive part, instead of turning around the inconvenience, making it grow in their mind and focus on the blame game to discharge emotional energy.

3. Try to Refocus the News in other Terms if Possible

From my own experience, assessing a situation depends mainly on what we pay more attention to. That is why he spoke of bringing the solution and putting the focus on it. Another way is to try to refocus what has happened in kinder terms, again if possible.

Remember that almost everything is an interpretation.

In the previous example of taxes, a situation stay negatively valued because we focus on the fact that you have to “pay” to the treasury. Meanwhile, another esteems ​​it positively because he focuses on the fact that this happens. After all, “there are benefits.” You don’t get caught up in the payment part; instead, the focus is on the positives.

Both facts, that you have to pay and that there are benefits, are true and are global situation elements. One of the other depends on looking at that situation from one perspective or another.

Deciding which one to focus on stay what determines in large part whether the global situation remain interpreted as more positive or negative. Therefore, if we have time, we must try to find a reinterpretation of what happened that illuminates more positive aspects.

Recently, a friend didn’t have much luck turning down a job she so badly wanted. Although she gave me the bad news, I tried to refocus it in another way. This friend had dared to do something that the vast majority will never do, which is to leave the security of a good position to pursue what they want to do. Also, a rejection is just a sign that we are moving towards yes. What happens is that very few people realize that. I am used to the sales sector and its nature. These sales are a lot like finding a job, and you have to endure many no’s until you get to yes, so no’s are natural and necessary… Veteran salespeople know that sales are not a part of everyday life and are moving in the right direction. They know that 10 or 20 negatives are necessary before getting something positive, so they naturalize it because they understand that sales (or finding a job and much more in life) are a numbers game.

4. Don’t Offer Resistance if we have Something to do with the Bad News

If we do not come up with a solution under our arm, or there is no way to find one, then the golden rule for not making things worse is never to confront. Let the other take out everything they have inside and endure the downpour as it may, but quietly and without defending or attacking.

If our part is responsible for what has happened, denying it and making excuses only makes things worse and produces frustration for the other party.

When I have explained to my clients the best way to handle complaints, I have always emphasized that we cannot override listening and emotional discharge.

5. Focus on the Least Bad

David Lieberman, a doctor of philosophy and expert in psychology and persuasion, recommends focusing on highlighting. That the bad situation remain as temporary, isolated and insignificant as possible.

We must highlight those characteristics whenever we can because those three things are precisely. The antidote to our mind’s worst fears when faced with bad news.

Much serious bad news remain not temporary, isolated or insignificant. Still, if there is something in it, we must include it and highlight it in our communication.

When I have had to deal with sensitive topics, I always remembered “temporary, isolated and insignificant”. I tried to find something in the situation that had these characteristics to comment on it.

Anyway, even applying all this, let’s not kid ourselves. Giving bad news is like swallowing a rough toad on an empty stomach. But these five techniques effectively temper the blow.

Case Study: What a Customer Wants

Answer any Questions: The Best Alternatives to Quora

The job of Math in Day-to-Day Life

10 Tips to Win on Football Bets

Ayesha Jafar, 6 months ago
Others

Ayesha Jafar, 4 months ago
Others

Professional Forex Brokers- Yes Or No

Get Passive Income and Financial Independence with Bitcoin Code 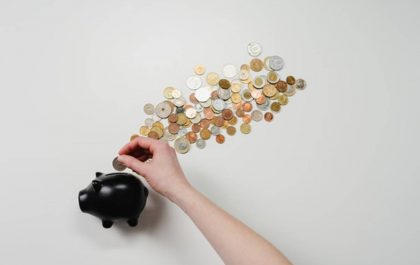 How Much Do You Need in an Emergency Fund?

How Much Do You Need in an Emergency Fund? Credit: cottonbro via Pexels Budget all you want, but sometimes, some… 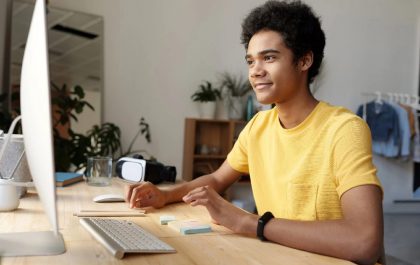 How to Stay Focused in Online Classes? – The present circumstances and the pandemic has made educational institutions, teachers, and…