What is Branding? And How to use it?

How to be Famous on Tumblr?

Tumblr is a great way to get famous online, especially if you know how to get and keep a following. But how do we achieve that elusive “fame” pursued by so many? See Step 1 for ways to get famous on Tumblr.

It is advisable to choose a username that people will remember, so avoid using many numbers (like rockergurl555666.tumblr.com) as people will not recognize or be intrigued.

2. Pick a Theme for your Tumblr.

It is a multi-part step, as you will need to choose a specific theme for your Tumblr (i.e., what the blog will look like) and what you want your Tumblr to focus on specifically.

You can create your own custom Tumblr theme if you want to be unique, but you need to know how to code HTML. Try to make one that matches the theme of your overall Tumblr content. If it’s good enough, people will want to use it too. If you wish, you can let others use your theme.

For the topic of your blog, remember your username. Are you more interested in a blog about a “fandom,” art, fashion, or social justice? It’s okay to have a personal blog, but you won’t get as many followers as a Tumblr on a specific topic.

3. Understand the Difference Between “Reblogging” and Copying a Post.

Copying a post is considered plagiarism, as you are uploading someone else’s original content while “reblogging” samples where the original post came from, usually connecting you to the artist, creator of the .gif, or text post.

Copying a post is in bad taste, so if you’re uploading content, make sure it’s original. If you get famous on Tumblr, the copied post will probably go back to the original creator.

Do not copy “weheartit” posts as most of their content has been plagiarized from its original creators, and that kind of behavior will not make you very popular.

Tagging your posts suitably is an excellent way to get “likes” and “reblogs” and get people to notice what you post on your Tumblr. If you tag your posts, people who follow these particular tags will see the post. If they are interested, they may give it a “like” or “reblog” it, and if your blog has similar content, they may even start following you.

You can use multiple tags that work in the following ways: if you have a lot of similar content on your Tumblr, you can make specific tags for this and reuse them in each post (for example, if you post a lot from Star Trek: The Original Series, you could have a tag specific to that). If a holiday is coming up, many people wear labels for it (e.g., Halloween).

Remember to be careful when labeling. If you are interested in a “ship” (a relationship between two characters, usually romantic) and if there is a “rivalship” (a couple that puts one of the characters in your “ship” with a different name), do not start writing posts about how much you hate this couple and then put that tag on them. You won’t make many friends or gain a following with this method.

5. Learn About the Following

People who have a habit of having many followers generally don’t follow you immediately after you follow them. It’s okay. If you come to know them, interact and talk with them, they will remain more likely to follow you.

Follow people whose content is comparable to yours or who are part of your chosen social circle. You will be more likely to enter the social process and begin to recognize big names in it.

Pay Attention to the statistics. Take a look at the posts where you get more likes than others and lean towards posts similar to those that are more popular than others.

6. Pay Attention to the Statistics.

Take a look at the posts where you get more likes than others and lean towards positions similar to those that are more popular than others.

Also read: What is a Style Guide, and What is it for?

Review How to be Famous on Tumblr?. Cancel reply

Brand Voice - What is a Brand Voice?, And How do you Develop it?

What is Attribution in Social Psychology? And Its Types?

What is Attribution in Social Psychology? And Its Types?

What is Nonprofit Marketing? And How does it Work?

Examples of Positioning with Featured Snippets in Google

7 Free Tools To Search For Keywords 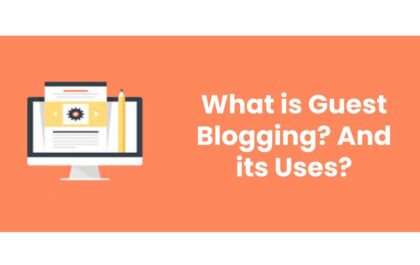 Guest Blogging, Guest Posting or “Guest Author”. Is when a blogger publishes an article (or any other kind of content…

What is Branding? And How to use it?

Most Demanded Marketing Profiles It was just a little completed a week since we said goodbye to 2016, and, like…