What To Look for in a Digital Marketing Agency

The practical guide for B2B marketing in the year 2022

What Is Social Media Management?

How do entertainment brands make an impact online in 2022?

It is 2022 and entertainment brands are more important than ever. In this digital age, it is essential for companies to have a strong online presence if they want to make an impact. Netflix has become the dominant streaming service despite some recent wobbles in subscription numbers, gaming providers like EA and Ubisoft are powerhouse brands, and casino operators are seeing record profits.

So what do these companies do differently that sets them apart from the competition? Let’s take a look.

We know that being as prominent online as possible is one of the main keys to success for a business these days, especially as the vast majority of the population has access to the internet nowadays.

With such a huge market possible to try and target in one of the simplest ways possible, Netflix has been able to use the internet to promote many of its new shows, whilst gaming developers EA and Ubisoft have been able to try and advertise their games to those who have shown interest in similar things as data will have been tracked via cookie usage.

Let’s not forget the casino operators, either, as these platforms will continue to look to try and capture as much of the market as possible. They will use the internet in 2022 to advertise their latest online slot to players, whilst also making people aware of the latest bonuses that they can provide them if they were to join them.

Let’s look at each of the companies in a little closer detail:

Netflix has been at the forefront of online entertainment since its inception. The company has always been an early adopter of new technologies, whether it is streaming video or allowing users to download shows and movies for offline viewing. This willingness to embrace change has allowed Netflix to stay ahead of the curve and maintain its position as the top streaming service.

In addition, Netflix has invested heavily in original content, which has helped it attract and retain subscribers at a large proportion. With a library that includes hits like Stranger Things and Orange is the New Black, it is no wonder that Netflix is still on top in 2022.

EA and Ubisoft are two of the biggest names in the gaming industry, and they have both had success by catering to their respective audiences by using the internet to their advantage. EA focuses on delivering high-quality sports games like Madden and FIFA, while Ubisoft has built a reputation for its critically acclaimed titles like Assassin’s Creed and Tom Clancy’s Rainbow Six Siege.

Both companies have also been aggressive in embracing new platforms and technologies, such as mobile gaming and virtual reality. The desire to continue to experiment has allowed EA and Ubisoft to stay ahead of the competition and maintain their positions as two of the top gaming brands.

Casino operators have seen record profits in recent years, thanks in part to the popularity of online gambling. Many casinos have invested heavily in their online presence, offering users a convenient way to gamble from the comfort of their own homes.

In addition, casinos have also been quick to embrace new technologies, such as live dealer games and virtual reality. This willingness to innovate has allowed casino operators to tap into new markets and maintain their position as leaders in the gambling industry.

As you can see, entertainment brands that make an impact online share some common traits. They are willing to embrace change, invest in original content, and experiment with new platforms and technologies. The internet has become an incredibly important resource in 2022 for entertainment brands, and it is clear that it will continue to remain key in the future.

Review How do entertainment brands make an impact online in 2022?. Cancel reply

How to Create Successful Social Media Videos for Business

How to Generate Highly Engaging Content Ideas for Your MSP Blog 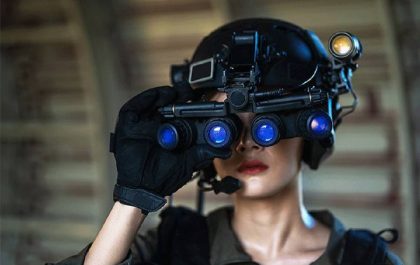 Introduction: There are many reasons why you might need devices that let you see in the dark. Many different kinds…

What To Look for in a Digital Marketing Agency

If you don’t have the time or resources to look after your company’s digital marketing, you will need to choose…

The practical guide for B2B marketing in the year 2022

What Is Social Media Management?